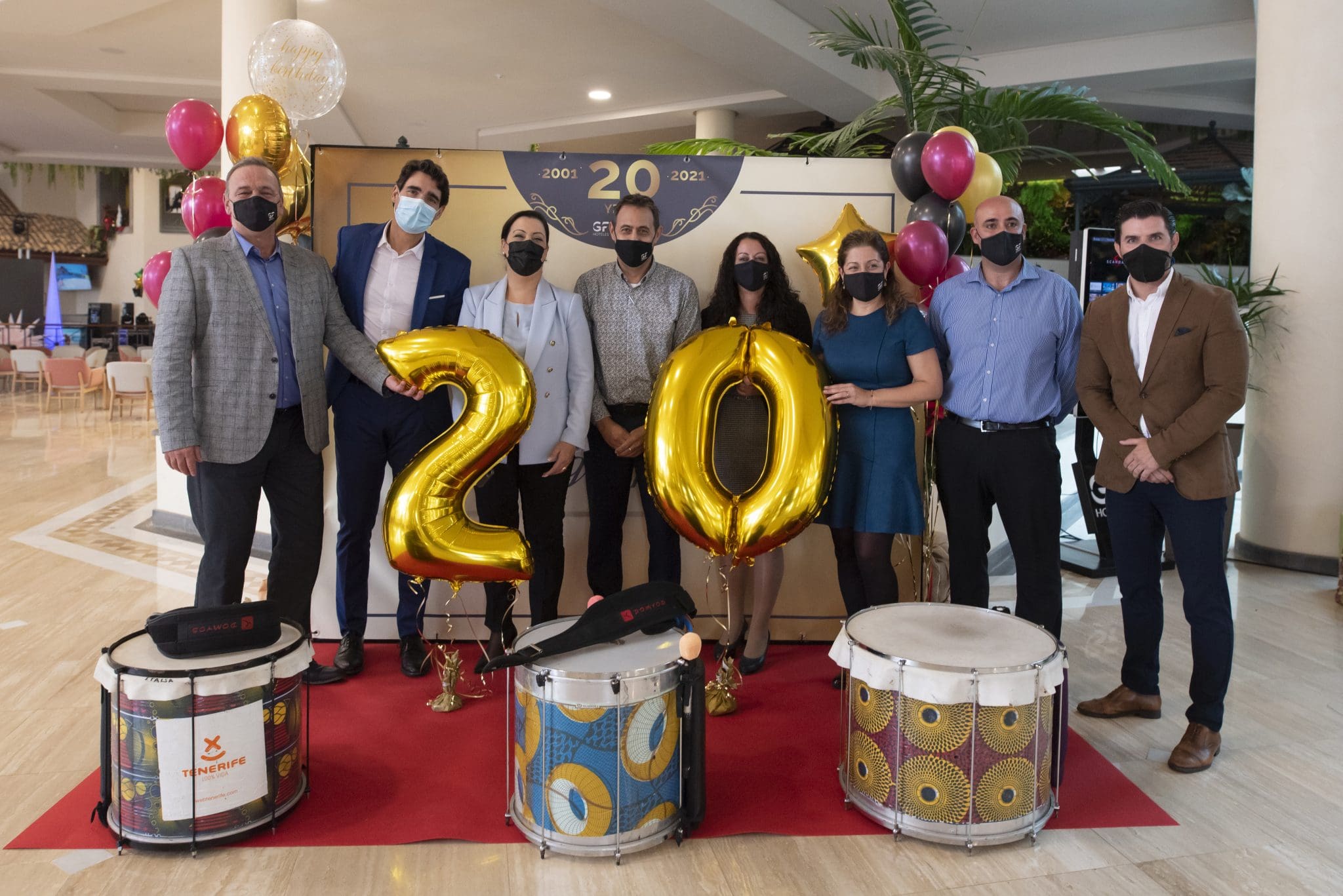 Victoria López: “The balance of these twenty years is positive, with very high levels of occupancy and satisfaction”

GF Gran Costa Adeje celebrates its 20th anniversary in a difficult year for the tourism sector. 20 years have passed since December 21st 2001, the year in which the fourth hotel of the Canarian hotel chain opened its doors. Since then, the flagship of GF Hotels has become the hallmark of a five-star destination such as Costa Adeje.

In the words of Victoria López, president of Grupo Fedola, “we are very pleased to celebrate the twentieth anniversary of GF Gran Costa Adeje, one of our most emblematic hotels. In addition, the balance of these twenty years is positive, with very high levels of occupancy and satisfaction”.

The hotel’s management team expresses its joy “for continuing after so many years with many colleagues with whom we started and also with new teams; always working with enthusiasm to make our customers happy.” Eliseo Ortega, director of GF Gran Costa Adeje, highlights the emotion felt when customers arrive at the establishment and say: “Eliseo, I’m home”.

Throughout these twenty years, the GF Hotels family has grown. In June 2018, the GF Victoria hotel was inaugurated, the first five-star Grand Luxury of the hotel chain.