Reasons why Tenerife is a unique destination in the world 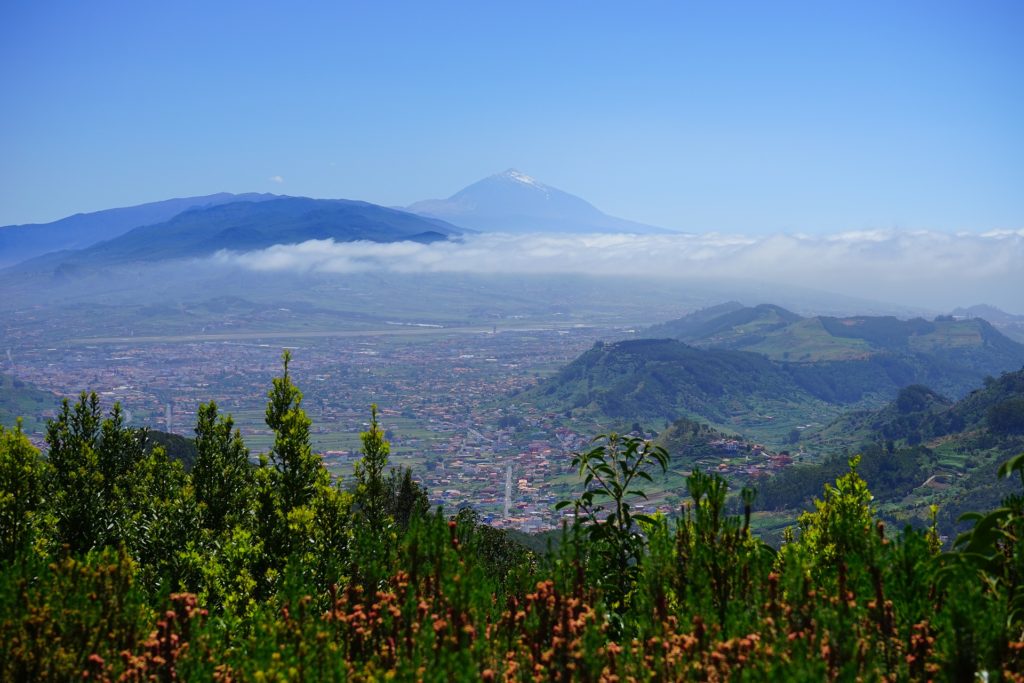 Choosing the ideal destination for a vacation is not easy. Do I prefer beach or mountain? active trekking or relaxing in a hotel? Will I find an interesting gastronomic offer? Will I get involved in the local culture or do I opt for total disconnection? These are just some of the questions one can ask before studying the options available. At GF Hoteles, we suggest a unique place in the world: it´s in the middle of the Atlantic and its name is Tenerife. Here we will tell you why.

All seasons of the year within a few kilometres

The microclimate of Tenerife is one of its best features. This phenomenon allows you to enjoy landscapes that oscillate between lush green mountains and spectacular beaches bathed in sunshine. The experience of spending the day in Anaga Natural Park in the north of the island, and ending it with a swim in the ocean of Costa Adeje, or in the pool of our hotel GF Fañabé, is something worthy of the most privileged.

A city and a volcano, World Heritage Sites

The streets of San Cristóbal de La Laguna have held this prestigious title since 1999 thanks to a design which would be replicated in the main cities of Latin America. The combination of historical interest, religion, university, as well as a shopping and leisure environment, will leave many tourists fascinated with this city. However, if we are talking about World Heritage Sites, there is nothing like nature to show its true majesty. The magnificent Mount Teide, 3,718 metres high, lends its name to one of the most unusual national parks on Spanish territory.  Lose yourself amidst its magical landscapes, always with responsibility and with respect for its natural wonders.  Follow its paths and take some stunning photographs at the viewing points.

Six Michelin stars … and going up

Although still a great unknown, the gastronomic panorama of the island of Tenerife is constantly evolving. In the latest edition of the well-known Michelin Guide, a restaurant on the island has been presented with the sixth star award. With a combination of traditional flavours from the Canary Islands and the innovation that contemporary cuisine allows, Tenerife can boast of being among the most avant-garde and exquisite culinary destinations.

The heavens at your fingertips

Looking at the stars from your garden will never be the same again after your nocturnal visit to Mount Teide. A unique experience where visitors can immerse themselves completely in the wonders of the sky. Who can say no?

Artistic flair, not always within museums

Since the 70s, when the International Street Sculpture Competition was held in Santa Cruz, the Tenerife capital has become a benchmark of the contemporary art scene. Locations such as El Tanque, La Recova or independent public spaces, have made the destination a cosmopolitan conglomerate of artistic inspiration. There is probably no place in the world which gathers so many artists in so few square meters, so this place invites you to come and discover it.

Carnival and the Canary Islands go hand in hand. A simple look at the many celebrations which make up this festival of colour and music, and which take place throughout the island of Tenerife, allows you to soak up the party atmosphere generated by the locals. It doesn´t require great preparation, just a simple accessory, a little ingenuity to get into the character and, yes, the desire to have a great time.

It´s not surprising that Tenerife has become a recurring scenario for national and international film productions. Its epic landscapes, from Punta de Teno or Los Gigantes, to the shores of El Médano, combine on one island the ideal locations for a multitude of films. One of the most talked about is the Laurisilva forest, formed during the prehistoric era in much of the European continent and which, today, is only found in this archipelago.